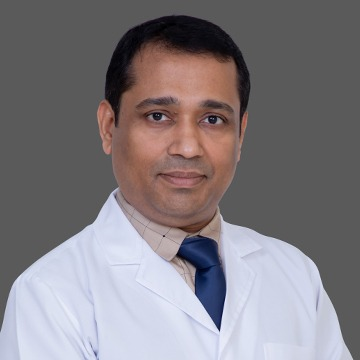 Dr. Subrata completed his MBBS from RIMS, Imphal, India in 1997 and his MS in General Surgery in 2005 from I. P. Pavlov Medical University, Russia. He has obtained MRCS A and MRCGP A (Int’l).

Dr. Subrata has a total of 20 years of experience, as he worked in multi-specialty hospitals as a resident medical officer in India in general Surgery, Trauma & Orthopaedics.

Post 2005, he worked as a surgical resident in Onco-surgery unit of AMRI, India.

His major experiences in general surgery, trauma and Orthopaedic emergency.