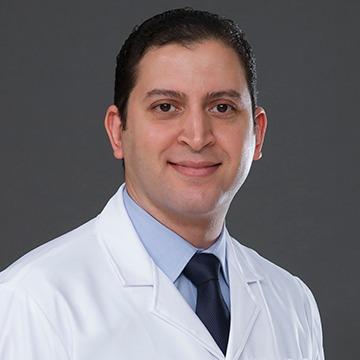 Make an Appointment
Refer a Patient to Us
Dr. Mohamed Elkordi has completed his MBBCH from Tanta University, Egypt in 2005 and MSC degree in Urology in the same University by 2012. He began his career initially as House Officer at Tanta University Hospital, Egypt, from 2006 – 2007, as General Practitioner at Ministry of Health, Egypt, from 2007 – 2009, worked as Resident in Urology at Tanta Insurance Hospital, Egypt, where he served for 4 years.
He had gained much of his practical experience from Hospitals in his home town, Tanta, where he worked as Urology Specialist and also worked at one of the largest Government Hospitals in Kuwait from 2015 & 2018, until he joined in NMC Specialty Hospital, Al Ain.
Dr. Mohamed Elkordi had also Published a paper in the Gold Journal of Urology in Oct 2015 regarding treatment for Painful Bladder Syndrome & also had Poster Presentation for that in International Continence Society conference, Oct 2015, Montreal, Canada.
He takes keen interest in General Urology, Endourology with Management of Urinary Stones, Pediatric Urology & Male infertility.
He is fluent in Arabic and English.