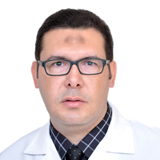 Dr Elsayed Nabil Elgamely obtained his M.B.B.Ch from Manoura University in 2000. He also has certification including Arab Board in Paediatrics, 2016; MRCPCH (part 1&2) in 2015; Egyptian Fellowship in Pediatrics, 2009; MD in Pediatrics, Zagazig University, 2006

Dr Elgamely has over 15 years of experience in neonatology. He has worked as Senior Neonatal Specialist at Prince Sultan Armed Forces Hospital in Almadinah Almunawarah, KSA b/w 2008 and 2017

Dr Elgamely areas of expertise are:

He has also attended numerous certified training programs and international conferences in KSA.

Dr Elgamely can speak fluently in Arabic & English and can also converse in basic French.