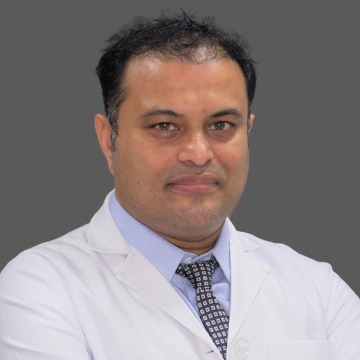 He also completed his Master of Surgery in Otorhinolaryngology in March 2008 from J.J.M medical college under RGUHS Bangalore, India.

Dr. Afzal has over 10 years of experience working at various hospitals in India and Saudi Arabia. From December 2008 until 2010, Dr. Afzal worked as Assistant Professor at Amala Institute of medical Sciences, Kerala, India. He worked as an ENT Consultant at Al Salama Hospital, Kerala, India in 2010. January 2011 until March 2020, Dr. Afzal Worked as an ENT Specialist at Central Security Hospital, Ministry of Interior, Jeddah, KSA.

Dr. Afzal has attended numerous conferences and symposiums to upgrade his clinical skills.

He can speak English, Arabic, Malayalam and Hindi.