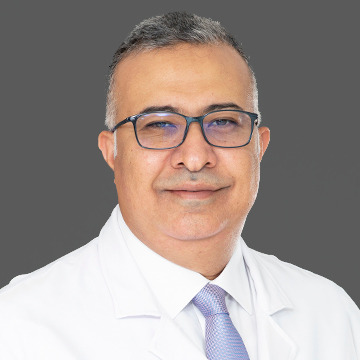 He has more than 18 years of clinical experience in Surgery. He first joined National Cancer Institute, Cairo University, Egypt as Resident in Surgical Oncology Department from 2000 to 2003. From 2003 to 2004, he worked as Resident Specialist in Arab Contractor Medical Centre, Cairo Egypt. In 2004, he joined Hospital MIRI – Malaysia as Senior Medical Officer and worked there till 2006. From 2006 till 2016, Dr. Waleid worked as Specialist General Surgeon in Bintulu General Hospital, Malaysia. There he served as Head of Surgical Department from 2014 to 2016. From 2016 to 2017, he had taken the role as Senior Specialist in MIRI General Hospital. Before joining NMC Specialty Hospital, Al Ain by June 2019 as Specialist General Surgery, he also served at HERRA General Hospital, Makkah, Saudi Arabia as Consultant General Surgeon from 2017-2019.

His key area of interests are Laparoscopic Surgery, Breast and Thyroid Surgery and Endoscopic Procedures.

While working as a Specialist/Consultant Surgeon, he had many academic activities including case reports in various international journals.

Award and Recognition: To his credit he was awarded as The Best Clinical Performance Doctor in Bintulu Hospital, Sarawak state, Malaysia, 2010.

He speaks English and Arabic.