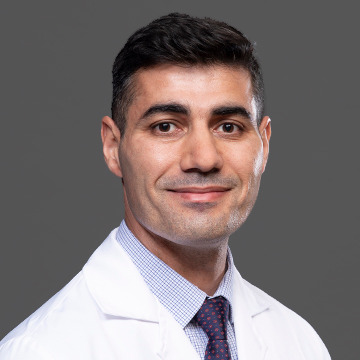 Dr. Vugar is a highly qualified professional in treating newborn babies. He graduated (MBBS) from Azerbaijan Medical University in 2004 and then completed his post-graduation in Neonatal and Perinatal Medicine from Saint-Petersburg in Russia from 2004 - 2007.

Since 2007, Dr. Vugar was working in Saint-Petersburg Municipal Children Hospital – the biggest NICU level 3 hospital in Russia. In 2013 he completed his PhD in Neonatology & Perinatal Medicine program in from the North-West Branch of Russian Academy of Medical Science.

He has over 15 years of experience post higher qualification in NICU level 3. He was last associated with King Khalid Hospital, Saudi Arabia as Consultant Pediatric and Neonatal Medicine for over 4 years before joining NMC Royal Hospital in Khalifa City.

He is an expert in treating premature babies. He is interested in treating complicated neonatal medical and surgical intensive cases. His areas of interest include nutrition, ventilation, and neurodevelopment.