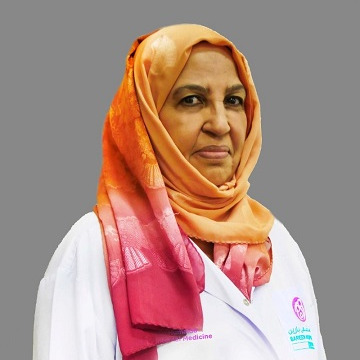 Dr. Shifa Balla Mohammed Salih is a Consultant Paediatrician with over 25 years of extensive experience.  She specializes in in paediatric endocrinology and diabetes in children.

Dr. Shifa has also worked as Senior Lecturer and as an Educator which provides clinical teaching and training to medical student intern doctors. She has completed several trainings and workshops held internationally and published various projects in international publications. Dr. Shifa has an extensive experience in acute, emergency inpatient, and outpatient services, general paediatric and neonatology.