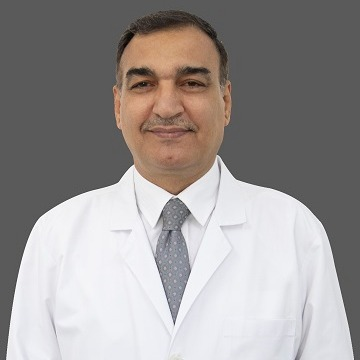 He is trained in Cognitive Behavioral Therapy (CBT) for mood disorders and anxiety disorders, as well as individual and couple psychotherapy.

He was appointed as Clinical Adjunct Associate professor in College of Medicine and Health Science of RAK University from 2009 to 2020 and he was actively involved in teaching medical students and interns.

Dr. Riadh contributed in research projects in collaboration with members of the Academic Department of College of Medicine and Health Science, RAK University. He has conducted in association with the college of Medicine several research works ended up by several publications.

Dr. Riadh was the consultant in-charge and head of psychiatry department in Obeidalla Geriatric Hospital and he was the lead consultant of the Community mental Health Services and Day Therapy for several years.

Dr. Riadh been a regular speaker in national and international conferences, increasing psychiatric awareness in media and Journals and has multiple publications in international medical journals.

Dr. Riadh is fluent in Arabic and English.