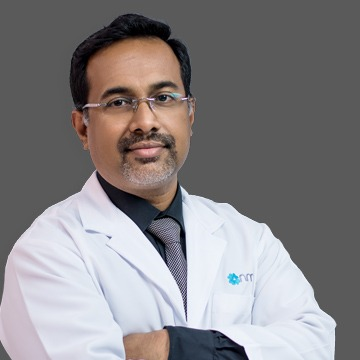 In 2009, he became a Consultant Orthopaedics at Royal Hospital, Kunnamkulam - India. In 2012, he took up the same position at Aswini Hospital Pvt Ltd in Trissur too. In 2013.He has an MRCS (2011) and FRCS (Trauma and Orthopaedics, 2018) from the Royal college of Surgeons in England, UK. He has also undergone a clinical fellowship in Shoulder and sports medicine under Dr Ashish Babhulkar at DMH, Pune in 2014 and the prestigious SICOT Spine fellowship under Dr S. Rajashekaran at Ganga Hospital, Coimbatore, India (2019). He also underwent a clinical observation in Foot and ankle reconstruction under Dr Stephan Guillo at Bordeaux, France in 2019.