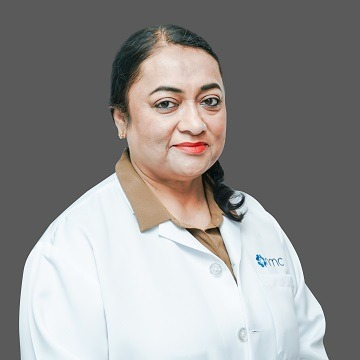 Dr. Azra started her professional career in the UAE in 1984 and worked as a General Surgeon for 14 years. In 1998, she shifted to Vascular Surgery and worked for 23 years as a Vascular Surgeon in large government hospitals. To her credit, she has received trainings specific to her field in USA, Ireland, and Italy.