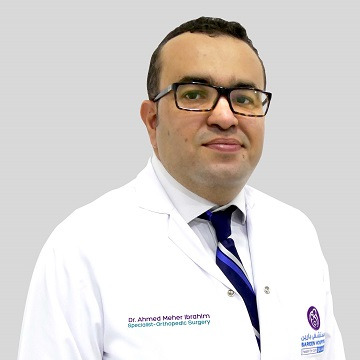 Dr. Ahmed became a member of the Royal College of Surgeons (Eng) in 2008.  He also became a fellow in AO Faculty Muenster, Germany in 2009 and in Advanced Knee Surgeries in Dubai, UAE in 2013.

Dr. Ahmed worked in large renowned hospitals and specialized medical facilities in his home country.  In 2013, he moved to the UAE and continued his medical practice as a Specialist in Orthopaedic Surgery in a tertiary hospital in Dubai.  A year later, he moved to Abu Dhabi and joined a large private hospital in the emirate.

To his credit, Dr. Ahmed has published paper presentations in peer-reviewed medical journals.  He has attended international and local conferences and trainings in his field in Egypt, UAE, USA, Spain, Germany, and Switzerland.