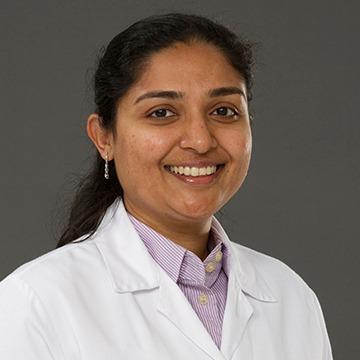 Before coming to UAE, she worked as Resident Medical Officer (RMO) for about an 1 year at Lekshmy Nursing Home, Kerala, India, 2 years at Jawaharlal Nehru Medical College, Belgaum, Karnataka, South India. She was working in Sreekada Siddeshwar Hospital, Karnataka for a while before  joining Motherhood Hospital in Bangalore.  She has basic training in Obstetric and Gynaecological ultrasound and Infertility. She has good experience in supervising normal pregnancy, critical pregnancy and post-natal follow up and also deals with High Risk Pregnancies.

She speaks English, Hindi and Malayalam and understands Arabic and Kannada.