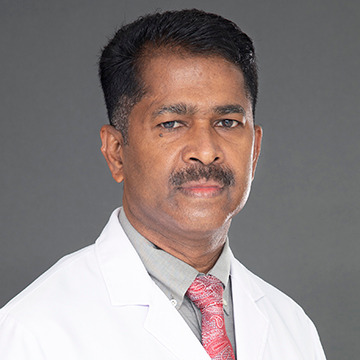 Dr. Remesan has 25 years of experience in clinical medicine practice. Before joining for post graduation, he has worked as junior doctor for 4 years in a clinic at cochin and as a resident Medical Officer in Cardiology Department for a period of one year at Mother Hospital, Thrissur, Kerala. After MD, he has worked as a consultant in General Medicine in a multi specialty during the period 1999-2012.

In 2003, he joined Medical College Services as Assistant Professor and was Unit Chief and Associate Professor in Department of General Medicine from 2009 onwards, Cochin Medical College, Kerala, India.

Dr. Remesan is well versed in Hindi, Malayalam and English.