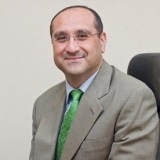 Dr. Amit Kumar is a surgeon with special interest in Vascular and Endovascular Surgery. Dr. Kumar completed his General Surgery Residency at the University of Rochester in Rochester, New York. He then pursued his Vascular Surgery fellowship at the top ranked Cardiovascular Centre in the United States, The Cleveland Clinic in Cleveland, Ohio. He is American Board of Surgery certified in addition to being a Fellow of the American College of Surgeons as well as a member of the Society for Vascular Surgery, USA.

His clinical interests include mainly Endovascular treatment of Diabetic Feet, Dialysis Access and Maintenance, Aortic Dissections and Aneurysms involving the Thoracic and Abdominal Aorta as well as Venous Disease and Wound Care. In addition he has a large experience in Endovascular Treatment of below the Knee Occlusive Disease for Diabetic Feet.

His research interests pertain to clinical aspects of Vascular Pathology, such as the first Multicenter Vascular study in the Middle East, The ABC in PVD study. In addition his book “Handbook of Endovascular Interventions” has become one of the most downloaded book chapters from Springer. He is also on the Editorial Panel of the journal “Vascular.”

He is currently an Assistant Professor – Surgery, Columbia University, New York, but is dominantly based in the UAE, practicing in NMC Royal Hospital, Khalifa City – Abu Dhabi and B R Medical Suites, DHCC - Dubai where he is running a dedicated Vascular Access Center as well as a Peripheral Vascular Lab – both the first such centers in the region.